What’s the point of supplier contracts?

Immediate simplistic ways to add value to your bottom line

With challenging political and economic back drops the norm for the foreseeable future, cost management has never been higher on the list of priorities for many businesses across multiple sectors.

Often, this plays out as a kneejerk reaction with little focus given to costs/process and is treated as a one-off exercise.  Cue budgets being reviewed and reduced, countless management meetings, a nominal savings number being forecast, a revised FY budget and, in most cases, an actual savings miss at the end of the year.

In certain circumstances this is a vital exercise to run, but there are also other exercises that can be conducted which will absolutely add value both in the short term and longer term.

Get control of your contracts, understand your position – it’s worth it!

In recent years, we have worked with a large number of businesses of varying size with turnovers ranging from £20m to £4bn.  We talk to numerous businesses on a daily basis and regularly see common issues and misconceptions relating to contracts – such as types of contracts signed, the terms agreed and the resulting commitments with suppliers.  These issues often occur even if a business is perceived as being a leader on process, strategy and governance, regardless of whether an inhouse procurement team is in place.

So why are contracts important, what value is available and ultimately, is it worth your time doing anything differently?

Most companies want to be seen to be managing their spend effectively.  Some will tell us that they don’t necessarily see the point in issuing or signing up to contracts – we will come on to that point later.  For those that do understand the importance of contracts, often the perception of what should be happening in their business does not match up to reality in the vast majority of cases.

So, firstly let us tell you how we go about understanding a company’s position – please note it’s written in this manner so that you can do exactly the same internally!

Some sobering numbers for you… how do you compare?

When we look at a company’s relationships with its Top 100 suppliers, we see a huge disjoin around their assumptions vs the actual reality.

Most companies would tell us that, in their opinion, they are managing at least 45% of those Top 100 suppliers effectively, have contracts in place and have a solid understanding of their commitments and positioning.

However, in reality, on average less than 25% of suppliers are managed effectively.

Typically for those Top 100 suppliers we would see: 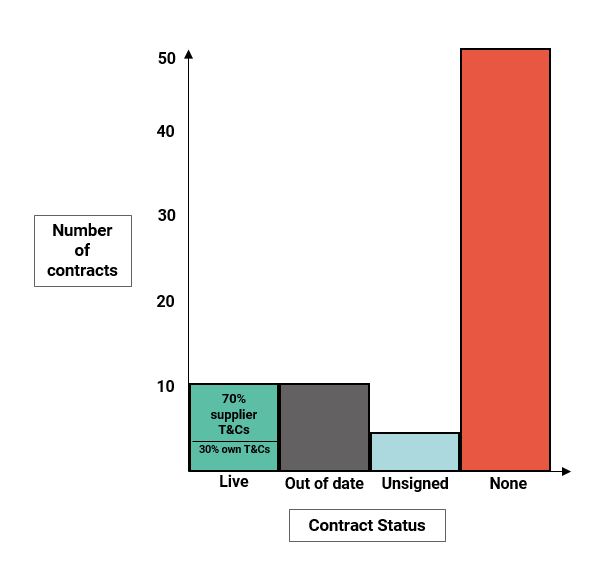 How to complete your own exercise in days/weeks not months

If you don’t know whether you have a contract in place, if you have no access to it or if you can’t find one, it’s a simple exercise to produce a standard letter of authority that can be sent out to those suppliers asking for information.

So – once you have the answers to the above, what do you do with the information and why even bother completing the exercise?

So, what’s the benefit of carrying out the above process?

Typically a 5% to 10% cost reduction, which is not insignificant!

More importantly, whilst this is a great initial one-off benefit, the ongoing benefit remains constant and, in some cases, even more beneficial.  For example, a contract with an auto RPI increase would have been a further 2% or 3% more expensive again next year.  You also start to gain full visibility for what you have signed up to, when your supplier agreement ends and you can plan ahead for the future.

Contracts – we manage fine as we are, do I really need them?

The perceived benefit of not having contracts in place tends to be (and we quote!) “it gives me flexibility and I can change at short notice if I need to”.

The reality in most cases is that if you are buying from a supplier without any form of commitment then is that supplier likely to offer you the best possible terms?  In short no, any form of written guarantee creates a more meaningful basis to offer reductions.

Are you getting what you pay for?  Without any form of contract in place you are unlikely to have detailed specifications, service levels or minimum performance criteria.  We often see products that are not as described, not fit for purpose and with no robust method of having a Plan B for when things go wrong.

“I’ve never had a problem”.  Really?  Why then do we constantly find products not as described or not to specification, rates not being charged correctly or issues with supply/performance? 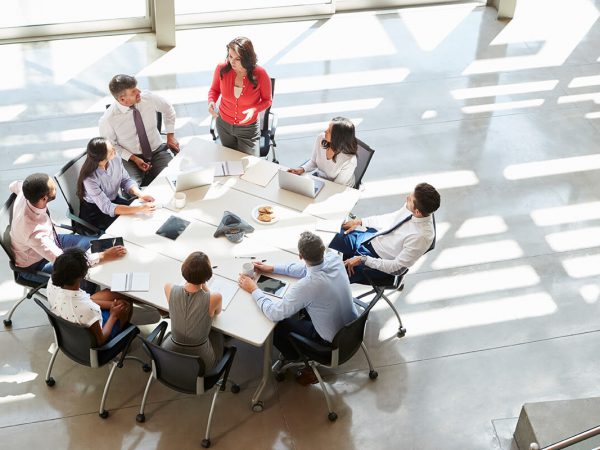 Contracts – what should you sign up to and why?

On average companies sign up to the supplier’s proposed T&C’s and contracts 70% of the time.  Why?

Convenience, time, lack of internal legal function – the list goes on.  However, this has a dramatic effect when not managed correctly going forward.

Contracts provided by suppliers will often contain clauses, tie-ins, lack of specifications, lack of remedies that are not in your own best interest.  Even the most basic contract that you issue to suppliers is a far better place to start from.

Things to be aware of:

A good, sound contract is the basis for a healthy strong working relationship for both parties.  It is not difficult to build an initial set of templates that save time in the future for everyone within the business to use – it will absolutely save time and money, improve governance and service, as well as reduce risk in the future.